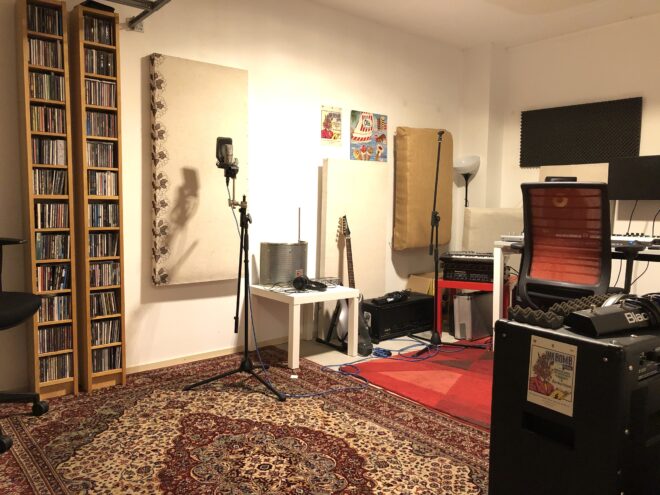 It’s been a while since I wrote some stuff more my website. I’ve been quite busy working in the studio as of lately so here’s a quick update on everything that has happened.

I’ve recorded a new single for my own band Ink Bomb. Every year we do a acoustic cover where we donate the money we make to charity. This year we decided to track the full band live in the studio. This was a lot of fun and a great new experience. We also did a small acoustic tour and the whole thing was captured on video!

Breekpunt is my hiphop project I’ve been working on for more than 6 years, It took us a lot time to make and finish this record. After the record was finished, the record was kept in the vault for over another year. Why? Because sometimes life get’s the way.

Fuzzball Jr. wanted to release a new single and they asked me to record and mix it. Their Candy Cane is a seventies rocktune with quite a danceable beat. This song is currently being mastered.

In the meantime I’ve been working on adding and changing the room treatment. It’s now up to a point where it’s really sounding nice! I’ve also installed a Persian style rug since I’ve read somewhere that no studio is complete with a Persian style rug. It really ties the room together.